I saw the idea to make Rainbow Colored Spaghetti on Pinterest
{hop on over and follow me there}
and decided to give it a try!

But....I also wanted to see if we could somehow come up with some mock turkey meatballs:)
First, I used some white craft foam balls and had the girls paint them brownish/red. 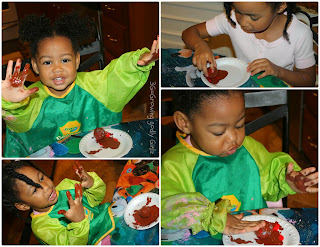 {click on photo to enlarge}
I think they looked more like chocolate, but hey, the girls didn't mind.

While the meatballs dried, we made the colored pasta.
It was really simple to make.
I just used some cheap white spaghetti noodles, placed in boiling water and added food coloring to the water. I cooked it to al dente and let it cool. I then tossed it in some oil once it dried to make sure it didn't stick together. I think adding the oil was a really necessary improvement on the original Pin b/c the spaghetti would've just been a dry, sticky mess otherwise.
*Since trying ours, I have read that you can let the spaghetti soak in the food coloring water to get a more vibrant coloring. We didn't want to wait that long, but may try it next time.* 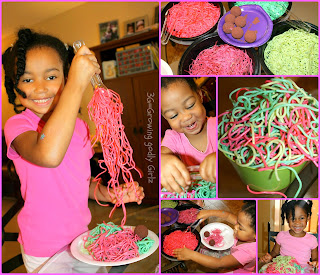 The girls had a really, really great time playing with the colored spaghetti!!!
I was SHOCKED at how long this kept them occupied.
Seriously, they loved it! 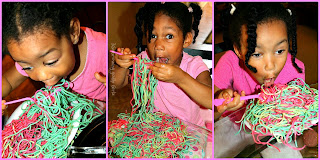 And, yes, our silly girls wanted to EAT it, LOL:)
I didn't let them, but it was so hilarious to watch them pretend to eat it!!
I was even able to cook their actual meatball and spaghetti dinner while they happily played with their rainbow spaghetti!!! That NEVER happens! 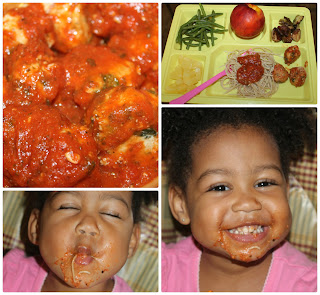 Whole wheat spaghetti and home made chicken and spinach meatballs---yummy!

Gotta love a cheap, fun and messy craft!
Are you going to make it?
Let us know how it turns out!
Blessings,
Aria:)

Me with our 3 godly girlz! 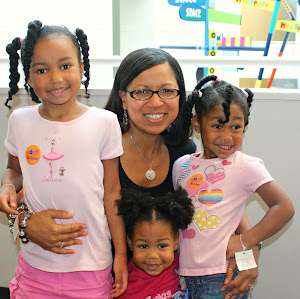 3G=Growing Godly Girlz
I (Aria) am the daughter of Christ, and the wife of a wonderful, godly Man. We have 3 daughters that we homeschool and have 3 rescued dogs to complete our family. I am so glad you are reading my blog and I joyously WELCOME you!!! Here, you will not find perfection (sorry to disappoint;). You will find me in my ever-so-humble state, oftentimes wondering how I will do it all, constantly-sleep-deprived, but ALWAYS leaning on the Lord, my husband and my other Mommy friends for valuable support, encouragement and the energy to make it through another {tiring} day!! I am so glad you are here!!